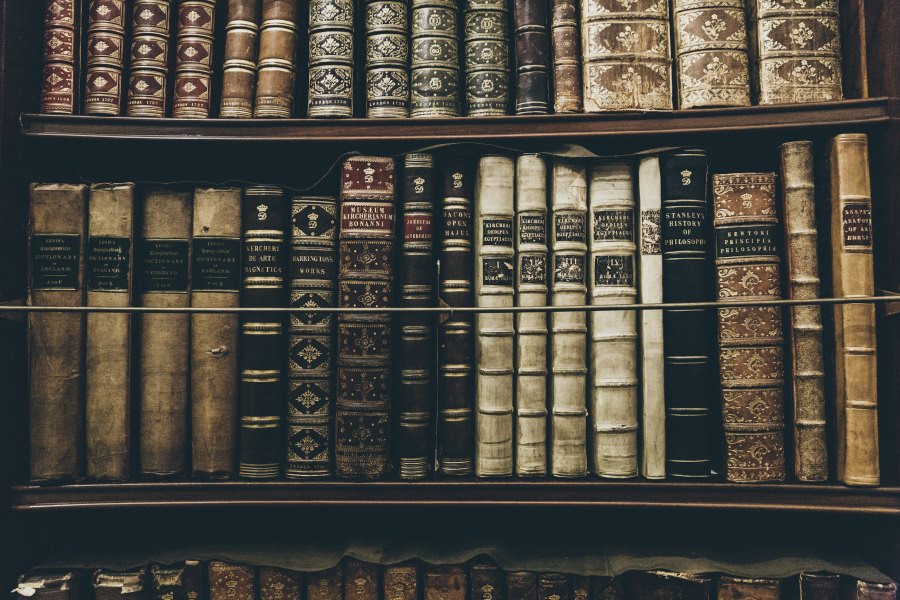 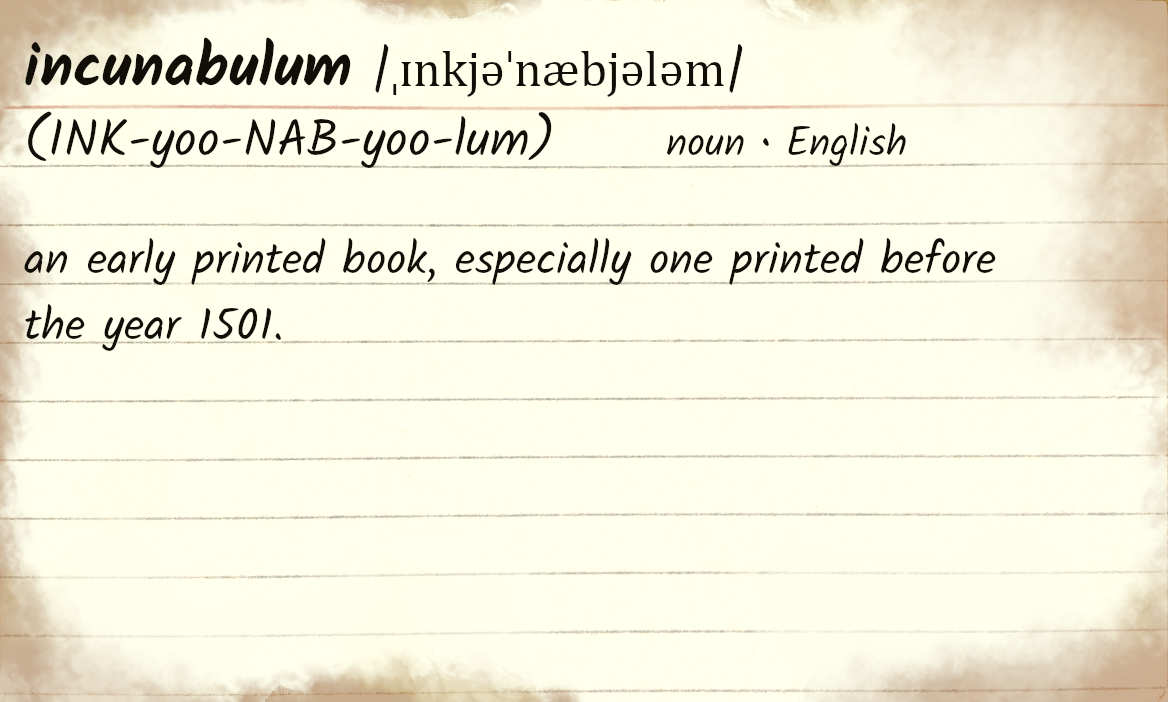 Books! Many people argue that they’re the perfect medium, as evidenced by the fact that the way we make them hasn’t really changed since the middle ages (though inventions such as the printing press and the computer have certainly made the process easier). The earliest ones are known as incunabula or incunables, grouped together because the practice of including printing dates in books didn’t become convention until the mid-1500s. Incunabula, especially those produced before the printing press, come in just behind books of the 1800s as artifacts of my second-favorite era of bookmaking: perfect lettering done painstakingly by hand, pages adorned by ornate and colorful decorations, and a large number of illustrations featuring knights fighting giant snails. The middle ages were a wild time.

As I’ve mentioned here once before, I collect old books. I suppose that makes me an incunabulist, a collector of early books, in a loose sense of the word. I don’t own any quite as old as pre-1501 — books of that age are usually museum pieces, or at the very least housed in special collections in libraries — but I like to think that my collection still isn’t anything to scoff at. The oldest was printed in 1562, less than a human lifetime away from the threshold of true incunabulum status. The title is so faded you can’t make it out and the contents are in Latin, which I can’t read, but when I got it, I couldn’t let the evening end before I figured out what it was. (Partly due to simple curiosity, but also partly because as much as I love old books, I was admittedly hesitant to bring an unidentified one of that age into my home. The bookstore it came from had kept it in a case along with some other books of the same age that dealt with the occult, and though I don’t generally consider myself superstitious, I’ve seen enough movies to know it’s best not to take my chances with things like that.) A storm of research based only on the printing date and the remaining fragments of the title finally identified it as a reader of the works of Horace, used to teach Renaissance-era students Greek. My book’s original owner was probably someone who lived during the Renaissance. To this day, it still kind of blows my mind.

(For the curious, some other noteworthy pieces in my collection include a first edition of Le Fantôme de l’Opéra in its original French and a [slightly damaged, and therefore affordable] collection which features the first appearance of Edgar Allan Poe’s The Pit and the Pendulum. And though it doesn’t really count, on the same shelf I keep a facsimile of the original printing of Charles Dickens’ A Christmas Carol, complete with illustrations and pretty gilded pages. It’s at least vaguely resemblant of the satisfaction of owning a real first edition, without the guilt that comes with wanting to handle and read it.)

Old books tell stories beyond what’s on the page. Some of mine have the names of previous owners written inside the covers in immaculate penmanship, providing the smallest glimpse into the life of someone I’ll never know; all I will likely ever know about them is that they were a chapter in the book’s life, that their hands turned its pages and their eyes read its words. What must life have been like for the Renaissance student who started the book of Horace on its journey nearly half a millennium ago? Could he possibly have anticipated that the book he owned would still be around 500 years after his time? How many hands and how many unique lives did the book pass through before it came into mine, and how many more will it pass through after me? So much is unknown, but, like a set of lines that all intersect at a single point and then continue into infinity, each of us is connected by this book. Because of that, I know we all have at least one thing in common — and suddenly these nameless, faceless figures from vastly different times feel much more real and human.

Any object that’s survived as long as an incunabulum is worth respecting. Books are so easily damaged and destroyed, yet they can manage to far outlive their owners and their authors, literally as well as figuratively. The words on the pages are the legacy left behind by those who penned them, but in a way, so too are the books themselves. Reading a copy of The Pit and the Pendulum in a modern Poe collection is all well and good, but there’s something about being able to read it in its most original state — its first introduction to the world, with its author still alive — that just can’t be replicated. You feel much closer to the author that way. The book is a physical thing that links you to them, and it’s hard to overstate the value of that. In this increasingly digital age, it can be tempting to worry about the fate of our beloved “perfect medium”, but books still have their place; electrons can’t replace everything, and people have always recognized that. The truth is that books aren’t going anywhere. As long as there are readers and writers and legacies, there will be books.

One thought on “Incunabulum”