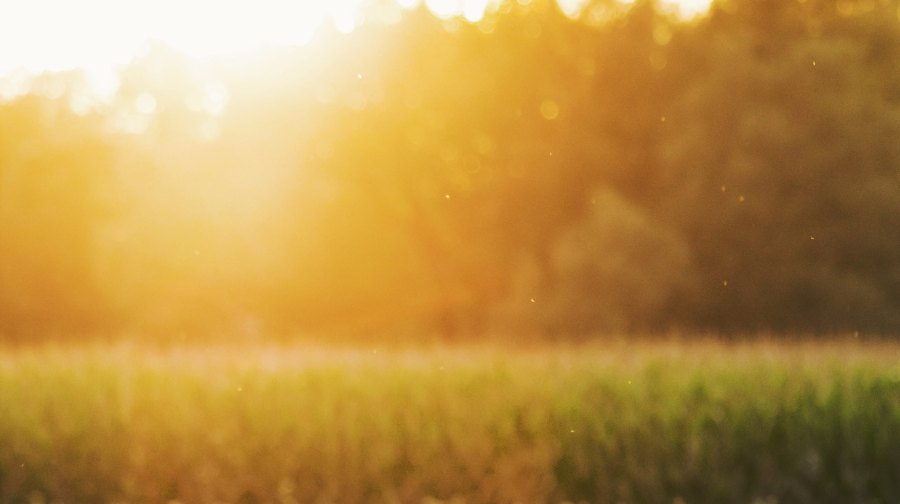 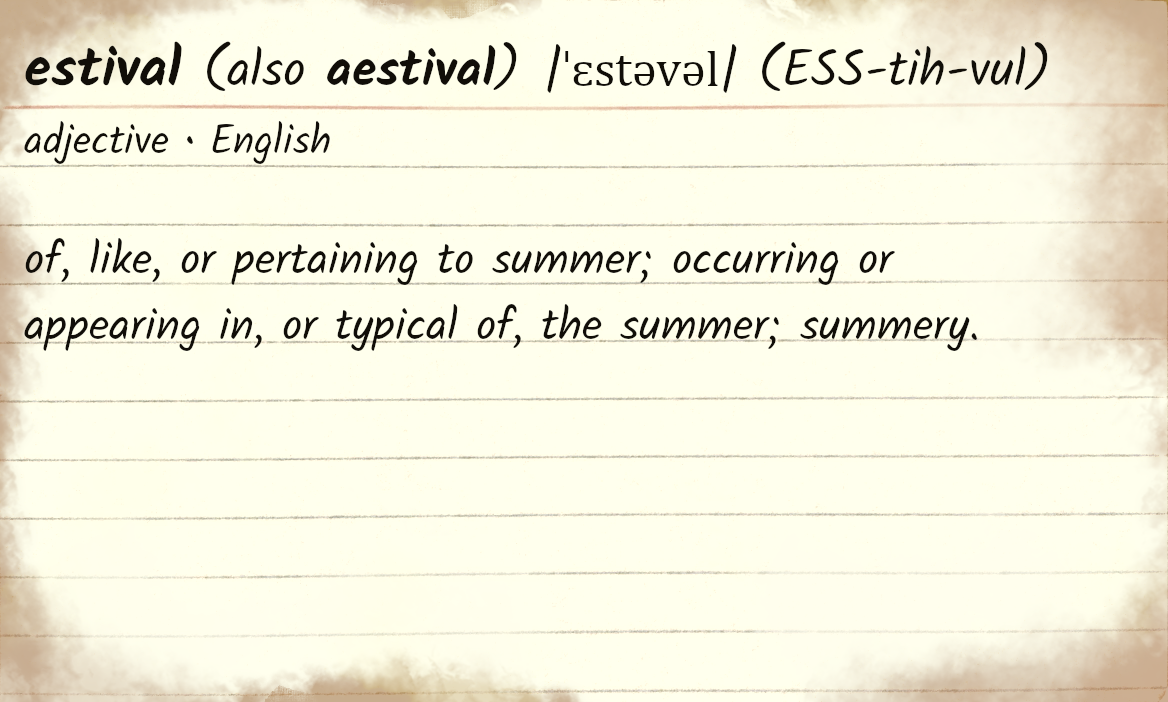 There are certain words that demand to be written about at a certain time, sometimes even during a specific week. For these words, I will wait for months until the right time comes. This word is one of them.

Summer! The sweatiest time of year is now upon us. Though the official start of the season was only two weeks ago, it already feels as though we’re in the heart of it — perhaps because summer has a way of cramming in so much activity that it manages to make itself feel substantially longer than any other season. Maybe it’s the long days and inviting weather. Maybe it’s the remnants of the childhood association of summer with vacations and no obligations. I’ve always thought it must have at least something to do with the fact that summer is the only season to completely contain two consecutive 31-day months — July and August. (Winter has December and January, but the official calendar season also starts in December, so it’s not quite the same. The length of winter is also dampened by the fact that it contains February, the shortest month.) Whatever the reason, summer always finds a way to be busy. This one has been a wild ride already. It wasn’t my intention to spend the first full week of my summer in the hospital and miss a post, but I’m glad I saved this word until I got out; there’s nothing estival about a hospital.

Estival. What a wonderful summertime word. It feels light and airy, just like summer itself, making it perfect for the thing it describes. And it’s just one letter short of festival, which to me has always felt like an intrinsically summery word. (For the record, the two words are etymologically unrelated — the resemblance is just a happy coincidence.) Festivals can happen during any time of the year, of course, but the idea of a summer festival just brings to mind such a specific image, a particular feeling: music and food and people coming together to celebrate something they have in common, laughter and joy as the day blazes and later subdues into a warm, energized, yet more intimate night. For my compatriots in the United States, this being the week of the Fourth of July — the most characteristically estival of celebrations, combining all the traits above with sparklers and glow-sticks as the sky at long last grows dark and the air becomes cool and damp — just means this image is all the more fresh in my mind. Maybe I’m biased, but there couldn’t be a more appropriate week for this word.

I love the way summer feels. Waking up to the sun already shining. Spending time outside on days that feel like they’ll last forever. Grass at its deepest green. Festivals. Fireflies. Ice cream. Watermelon. There’s a special type of energy that exists during the summer, an energy that pushes you when you open your eyes in the morning to sunshine and birdsong to get up and just do something. It just feels like the right time to finally do all the things you’ve been wanting to do. In that way, summer is liberating. And with the season now underway, all the things that it has in store are beginning to unfold. Though my summer didn’t exactly get off to the most auspicious start, things are looking up, and the path ahead is clearing, full of exciting new opportunities approaching swiftly. For all the time that summer offers, there’s not a moment to waste. The estival months are the time of the year that feels the most alive, and I feel more alive too. I won’t miss another moment of it.

One thought on “Estival”