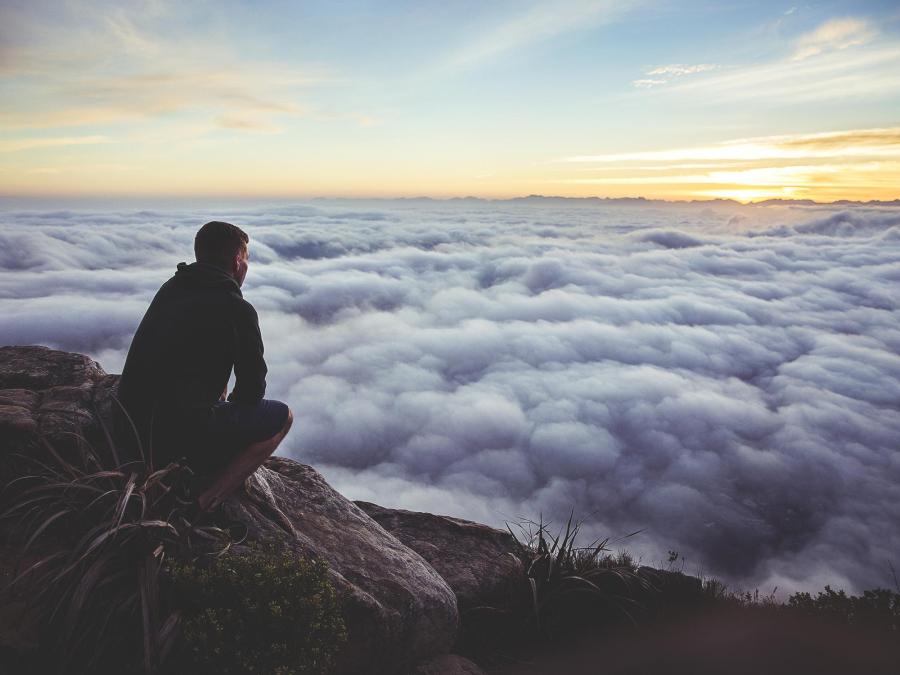 Alice laughed. “There’s no use trying,” she said: “one can’t believe impossible things.”

“I daresay you haven’t had much practice,” said the Queen. “When I was your age, I always did it for half-an-hour a day. Why, sometimes I’ve believed as many as six impossible things before breakfast.”

I’ve referenced the White Queen’s quote from Lewis Carroll’s Through the Looking-Glass once before, but it happens to be relevant again — this time relating to a word more befitting of something you might actually find in Wonderland. Alice’s various adventures in Wonderland are so vividly imaginative that they can make for effective illustrations of unusual or fanciful concepts; they’re prime examples of impossible things that you can’t help but believe. And beyond that, it’s just a good quote.

By strict definition, and by her own admission, I suppose the White Queen would be a taivaanrannanmaalari. It’s another monstrous compound word as only the Germanic and Nordic languages can create; taivaanranta, meaning “horizon”, is itself a compound made from taivas, “sky”, and ranta, “edge” (or “shore”, which I love because it suggests that the horizon is a “sky shore”), making taivaanrannanmaalari a multi-compound creation that Dr. Frankenstein would be proud of. But all those syllables make for a uniquely wonderful word. The concept differs from having your “head in the clouds”,* which simply means daydreaming or fantasizing about the impossible, a state you can snap out of at any time — rather, for a taivaanrannanmaalari, those dreams are their whole life, their identity. Being a “horizon painter” is who they are, not just something they do. But that’s not necessarily a bad thing.

Despite taivaanrannanmaalari‘s unwieldy heft, I absolutely love the imagery it brings to mind. My latest obsession has been watching art videos on YouTube, so lately I’ve been more inclined than usual to view the world through an artistic lens — but this word particularly demands it. When I hear the phrase “horizon painter”, I think of someone painting a beautiful landscape, limitless and free as they lay down the far-away boundary where the sky meets the ground. I think of the gorgeous combinations of colors that the artist can blend into that horizon; I picture Bob Ross, laying down such a scene with expert strokes, creating a place impossibly serene with a vivid sky, a quiet mountain, and some happy little trees. The finished painting doesn’t have to represent a real place — but it certainly is nice to imagine that such a place exists.

Art has a way of bringing out the taivaanrannanmaalari in all of us. It’s a place where the impossible dreams within our minds can come alive, where no matter how impossible they are, we can allow ourselves to believe in them and explore them, with the only limits being the ones we create. Having that kind of freedom is liberating. When considering this word, I can’t help but think of John Lennon’s “Imagine”: a message about dreaming of the world as a better place, about believing that such a world could exist. There’s nothing wrong with having far-reaching dreams. Sometimes believing in the impossible is what keeps us going through the difficult times. So I find myself once again drawn to the White Queen’s philosophy, inspired by the potential it has to bring out the dreamer in us all.

* Interestingly, though idioms seldom translate directly, it turns out several languages have phrases that literally mean “head in the clouds” — including Finnish. This creates an even stronger case for a “horizon painter” being something different.